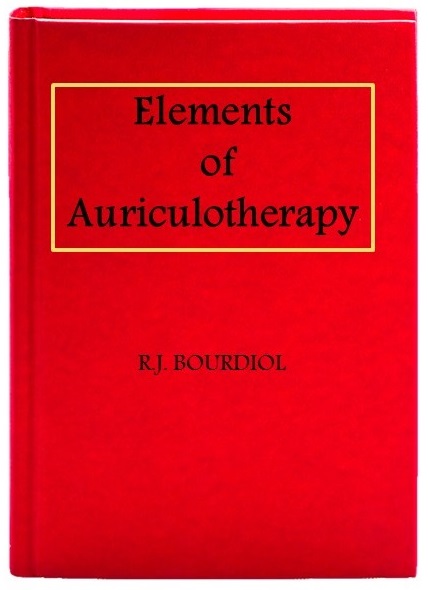 Scroll down for more information and to purchase

Ground $9.99 Delivers in 2 to 5 business days after printing.

Read the forward below

Understanding Auriculotherapy first requires a definition. Simply stated, it is a therapy using the stimulation of specific areas accessible on the surface of the ear. Those stimulations are effected by use of, for example, needles, pressure, electricity, laser and light.

Historically Auriculotherapy emerged as an organized and coherent model in the mid-twentieth century though the works of Dr. Paul Nogier (Lyon, France). His work quickly led to many research, developments, academic associations and clinical groups. Among those was the fundamental meeting in September 1966 between Dr. Paul Nogier and Dr. René Bourdiol, meeting that led to their collaboration and brought Dr. Bourdiol to produce works on the topic that would become crucial to the field.

Half a century after the birth of Auriculotherapy, one can look at its evolution and growth worldwide. It has followed a complex and interesting path. Yet, the underlying mechanisms explaining its modalities of action remain broadly unexplained. In parallel, the material produced by the first generation of French Auriculotherapists continues to be largely inaccessible in English.

However, the evolution of Auriculotherapy in the beginning of the twenty-first century is marked by an unprecedented interest. The work of Dr. Richard Niemtzow known as Battlefield Acupuncture led to the emergence of new auricular treatments fostering potent and promising results. The potency of these results quickly brought about government grants and contracts that have no counterparts in the history of acupuncture or auriculotherapy.

Now, while lecturing in the US and abroad and while assisting in the implementation of various symposiums on auricular therapy, a fundamental theme has surfaced. In facing this emerging interest, the need for adequate education and access to the best academic material has become paramount.

Through my discussion with Dr. R. Nogier and the analysis of the material of Dr. R. Bourdiol, I realized the uniqueness of the approach of Dr. R. Bourdiol. It provides rigorous, logical and analytical methods. It further relies on the outstanding language and illustrations of Anatomic academicians. In short it is a unique juxtaposition of knowledge and method that can only be a source of learning and inspiration to generations of students.

This is how I naturally decided to render the work of Dr. René Bourdiol accessible again.

None of this would have been possible without the assistance of Raphael Nogier, Diana Bittner, Eric Serejski, Stephanie Lashmit, Sara Howard and Richard Niemtzow.

Knight of the Legion of Honor 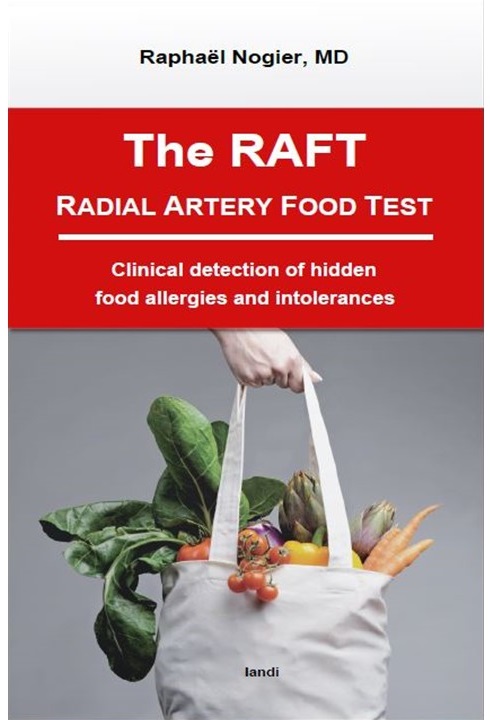 Ground $8.99 Delivers in 2 to 5 business days after printing.

Read the back cover below

This book covers food in a new light and emphasizes the importance of personal sensitivity to the food: each individual is unique, and what is good for one is not necessarily for the other.

A large number of people (15 to 20% of the population) suffers from hypersensitivity to one or more foods. This can lead to symptoms such as fatigue, headache, sleep disturbances, depression or joint pain. We do not always think to connect these symptoms to diet. Indeed, alongside the traditional food allergies whose symptoms occur shortly after ingestion of food, there are delayed allergies that occur several hours or days after food intake. The removal of foods responsible for these ignored allergies then gives amazing therapeutic results with the disappearance of symptoms that may have existed for several years.

The author describes the mechanism of these allergies and offers a simple test that only requires taking the radial pulse to assess the sensitivity of each to a food. It also presents the results of his numerous clinical observations carried out over several years, with specific examples, including gluten intolerance and dairy allergies.

Dr. Raphaël Nogier is the Chairman of the Groupe Lyonnais d’Études Médicales which brings together hundreds of doctors involved in medical research and clinical work. He is the author of several medical books, including books on diet, and is an active representative of this innovative French medicine that considers every patient as unique.

Translated from French to English by Eric Serejski